8/31/2022
The Greenhill Alumni Board is proud to announce their 2022 Alumni Award recipients: Rashad Hussain ’97 as Distinguished Alumnus and Julie Ray Fields ’83 as the Alumni Service Award honoree. The two graduates will be celebrated on Friday, October 21, 2022 during Homecoming evening festivities.

The Distinguished Alumni Award is designated for alumni who achieved prominence in their field through their personal and professional endeavors. The award honors a graduate whose outstanding character, accomplishments, and service embody the characteristics and spirit of Greenhill’s mission to prepare and inspire our students to lead authentic, purposeful lives.

Established in 2020, the Alumni Service Award honors a graduate for outstanding service and dedication to Greenhill School. Honorees demonstrate loyalty to Greenhill, exceptional contributions of time and effort, and personal commitment to advancing the School's mission. 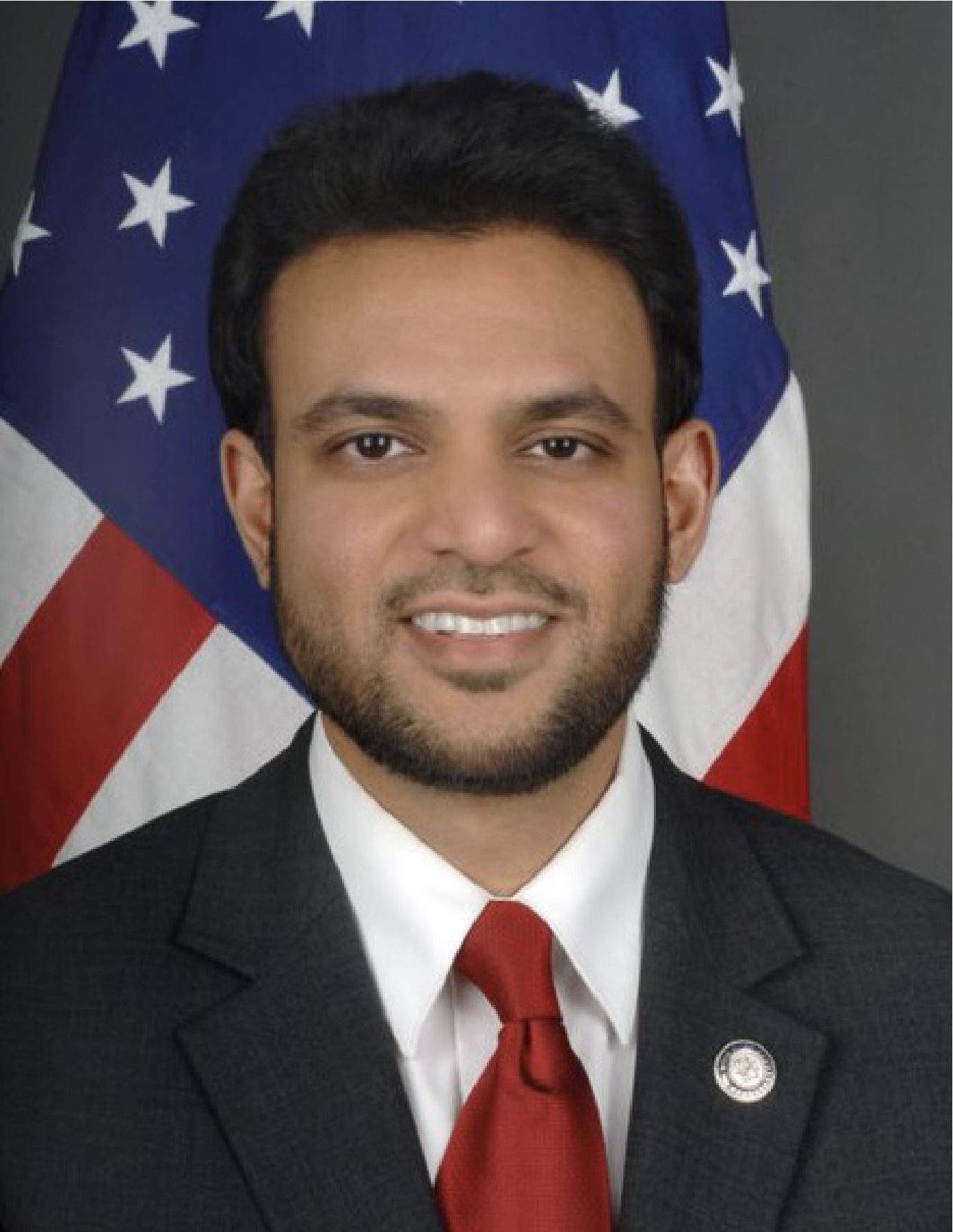 Rashad Hussain is an attorney, diplomat, and professor who has served in all branches of the U.S. Government in legal, foreign policy, and national security positions. He is presently U.S. Ambassador at Large for International Religious Freedom and serves as an advisor to the President and Secretary of State on religious freedom conditions and policy around the world. Prior to this appointment, Hussain was Director at the National Security Council’s Partnerships and Global Engagement Directorate. From 2015 to 2021, he served as Senior Counsel at the Department of Justice’s National Security Division.

President Obama appointed Hussain to serve as Deputy Associate White House Counsel, his Special Envoy to the Organization of Islamic Cooperation (OIC), and as U.S. Special Envoy for Strategic Counterterrorism Communications. In his roles as envoy, Hussain advised on foreign policy issues and worked with other countries and multilateral organizations to expand partnerships in education, entrepreneurship, health, international security, science and technology, and other areas.

During his years at Greenhill, Rashad was active with the debate program under coaches Alex Prtichard and Aaron Timmons. He and his debate partner, Josh Goldberg ’97, enjoyed many victories including, the Texas State Championship in 1996 and winning or finishing second at almost every national tournament their senior year. Their deep friendship continues now, more than 25 years later.

As Rashad told The Evergreen in 2016, “Thinking back to my experience at Greenhill, and the opportunities to learn about and learn directly from people of other faiths, including my debate partner, Josh Goldberg ‘97, who is Jewish…created a strong foundation for me to advocate for religious freedoms.”

Rashad received his J.D. from Yale Law School, where he served as an editor of the Yale Law Journal and master’s degrees in Public Administration and Arabic and Islamic Studies from Harvard University. Hussain holds bachelor’s degrees in Political Science and Philosophy from UNC – Chapel Hill. He has also taught as adjunct professor of law at Georgetown University Law Center and the Georgetown School of Foreign Service. Hussain lives with his family in Virginia and is an avid basketball fan and youth sports coach. 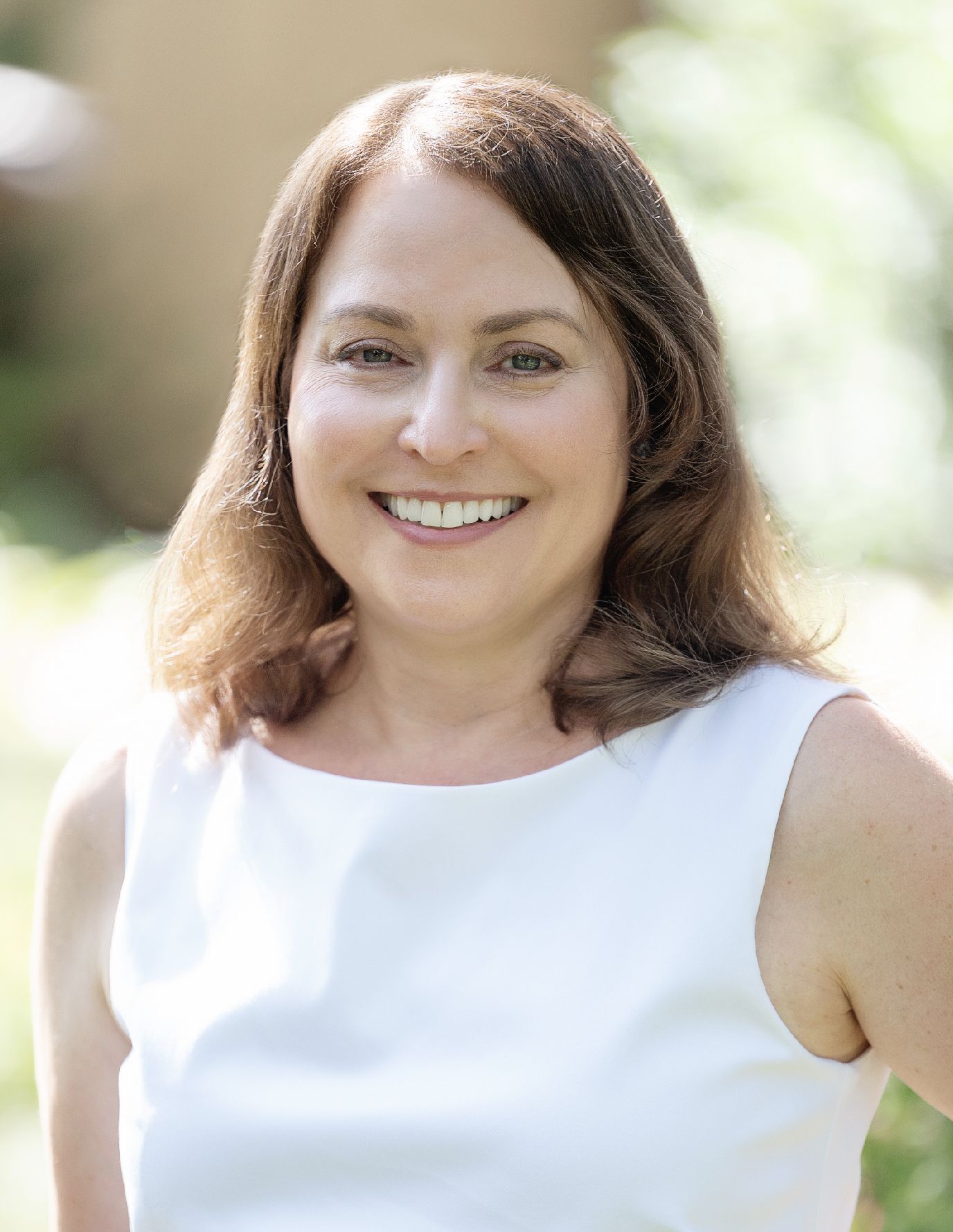 Julie Ray Fields ’83 actively served the Greenhill community for nearly two decades as a member of the Board of Trustees and Alumni Board, as a Parents’ Association Volunteer, and as a Greenhill Fund Volunteer. Julie first came to Greenhill in 1975 as a fifth grader and was active on the student council and as a cheerleader during her years as a student. She and her husband David are the proud parents of two Greenhill alumni: Elizabeth Fields Asen ’09 and Andrew Fields ’13.

Julie loved connecting with the Greenhill community as a cheerleader, and as a Greenhill parent, she had the opportunity to do so again as an active volunteer. Julie co-chaired the Greenhill Fund parents’ effort, served on the Board of Trustees on nearly every committee, and co-chaired Grandparents and Special Friends Day. She regularly volunteered on campus and served on the Alumni Board for 12 years. In February 2000, she co-chaired the 50th Anniversary Greenhill Gala celebration with Cynthia Colter, raising an astonishing $300,000 in one evening.

“The [50th Anniversary] celebration was a magnificent time for the school, and I was humbled and honored to play a role in that historic moment,” said Julie. “The gala evening was inspired by Bernard Fulton’s ambitious dream of a community of learners in an environment that promotes not only academic achievement but also holistic development.”

An experience during Upper School Community Service Day with her daughter Elizabeth inspired Julie to continue service beyond the Greenhill campus. Elizabeth volunteered with Plano Family Literacy, and her enthusiasm prompted Julie to learn about the immigrant support program, eventually resulting in an 11-year volunteer relationship. Julie has also been actively involved at Golden Acres, Jewish Family Service, Community Home for Adults, and Temple Emanu-El.

Julie credits her parents, Helaine and Gerald Ray, and husband, David Fields, for supporting and encouraging her to give back. The Greenhill community has benefited tremendously from her contributions.

The Greenhill Alumni Board is thrilled to honor these two alumni, and we look forward to a community celebration at Homecoming. Click here for more information on the awards and to view previous honorees. Nominate a graduate using our online form here.
Back